McGill University’s Mission Statement and Statement on Academic Freedom define the values and parameters for how the University should react when the Premier of Quebec lashes out at an article in Maclean’s authored by a scholar at McGill. Before analyzing the situation at McGill, consider two fictional scenarios involving Institute Directors.

The UK Home Secretary Amber Rudd wishes to eliminate end-to-end encryption for WhatsApp and other social messaging platforms following the recent Westminster terrorist attack. I can envision circumstances in Canada, painful as they would be, where our government might also request the power to intercept private communications between citizens. I can also imagine the Executive Director of Ryerson’s Privacy and Big Data Institute staking out scholarly, and potentially controversial, positions defending the public’s right to private conversation through encrypted channels. Should a Director who defends the public’s right to privacy following a terrorist attack in Canada be forced to resign? 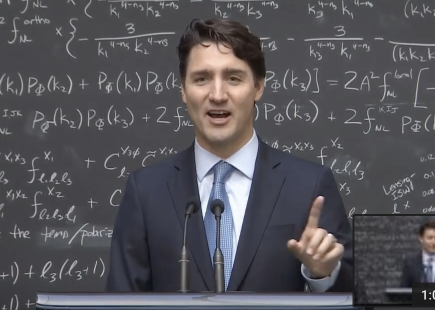 We turn our attention to the recent case at McGill. Here are three examples where Principal Fortier’s comments in The Globe and Mail on 2017-03-26 corrode academic freedom.

1. Requirement to convene a nonpartisan environment

“The institute has to maintain [an] environment which is not partisan. It is anybody’s judgment if after an article like that, politicians would be happy to come to an event,” Dr. Fortier said. “That’s not pressure, that’s just reality.” 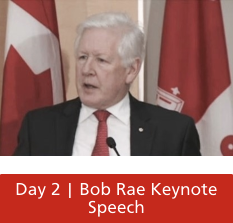 Fortier’s “reality” focuses pressure (from Premier Couillard?) on any future Director of the McGill Institute for the Study of Canada (MISC) to “maintain an environment which is not partisan”. This is an imposition of “political orthodoxy” upon a member of McGill’s scholary community. No such requirement appears in the MISC Mission Statement. By demanding an environmental nonpartisan critereon on the operation of the Institute, Fortier weakens the capacity of MISC to carry out its mission to study Canada (a constitutional monarchy with government convened through a partisan election process).

“It was an unfortunate article,” Dr. Fortier said. “It was perhaps a moment not remembering what his new role was and falling back on a previous role,” she said. “If he had written this article as Andrew Potter [period], nothing would have happened. He wrote it as director of the McGill Institute for the Study of Canada.” “You have to remember what responsibilities come with new positions. When you are an academic administrator, there are things you must be more prudent about doing,” Dr. Fortier said.

Fortier asserts that “nothing would have happened” if Maclean’s had not identified Potter as Director of MISC. Following this logic, we derive Fortier’s Maxim for Institute Directors: Never utter a controversial statement as Director, a statement strikingly similar to Academic Freedom Destroyed: Never utter a controversial statement. Fortier’s Maxim commands Institute Directors to filter their comments based on controversy and then choose to speak with their little, personal voice on controversial topics and their big, prudent, Institute voice on vanilla topics. Fortier’s guidance weakens the academic leadership capacity of Institutes and their Directors.

“I think he would be the first to admit that it is not a good piece of scholarship, which is important when you are director of an institute.”

After the Premier of Quebec criticizes a member of the scholarly community of McGill University, the central duty of the Principal is to intervene and protect academic freedom. Dr. Fortier, a protein crystallographer, may have various opinions on Canada, Quebec and the quality of work by McGill’s scholars. That said, Fortier’s scholarship is not focused on the study of Canada. Instead of carrying out the Principal’s central duty to protect academic freedom, Fortier chose to characterize Potter’s view of his work as “not a good piece of scholarship”. Fortier, speaking as Principal of the University, disparaged the scholarship of a member of McGill’s academic community. Fortier’s actions permit “infringement and undue external influence” from Premier Couillard and others to weaken McGill’s “institutional autonomy”.

Academic freedom is central to McGill University’s mission of advancing learning through teaching, scholarship and service to society.

The scholarly members of the university have the freedom to pursue research and artistic creation and to disseminate their results, without being constrained by political or disciplinary orthodoxies, monetary incentives or punitive measures as a result of their academic pursuits. They may exercise this freedom in the service of both the university and the wider society. When scholarly members of the university participate in public forums and debates, they should represent their views as their own.

The exercise of academic freedom requires collegial governance with the full participation of scholarly members. They retain the right of free expression, including the freedom to criticize one another, university policies and administration.

The university and its officers have a duty to protect the academic freedom of its scholarly community, both individually and collectively, from infringement and undue external influence as well as to maintain the university’s institutional autonomy.

Although “the university and its officers have a duty to protect” academic freedom, the officers of McGill University, and especially Principal and Vice Chancellor Suzanne Fortier, failed to defend academic freedom of Andrew Potter as Director of the McGill Institute for the Study of Canada. Fortier’s public relations platitudes and distinctions are inconsistent with McGill’s mission statement. Fortier’s actions harm McGill and weaken Canada’s intellectual capacity.